“Yuh want the real story or the version I tell people?”

. . .So asks Baidawi Assing a.k.a Detonator, when I ask him how he acquired his moniker.

I met him at his home on a rainy Friday afternoon to chat food, music, culture and the current state of the Caribbean social media landscape.

“When I was a teenager my rap name was DT but I slowly came to the realization that rap was not my forte. So I was like, I am much better at production so I will stick to production. I was looking for names for a production house and I said I will go with DTnator“, he shared, while his hands artfully prepped  the ingredients for a freeform take on a Jamie Oliver recipe he had seen earlier on FoodTube. Looking on, my eyes were immediately drawn to the curry leaves on his cutting board. “A man in Central Market. . .” he started, immediately launching into the importance of grinding his own spices, without missing a beat. 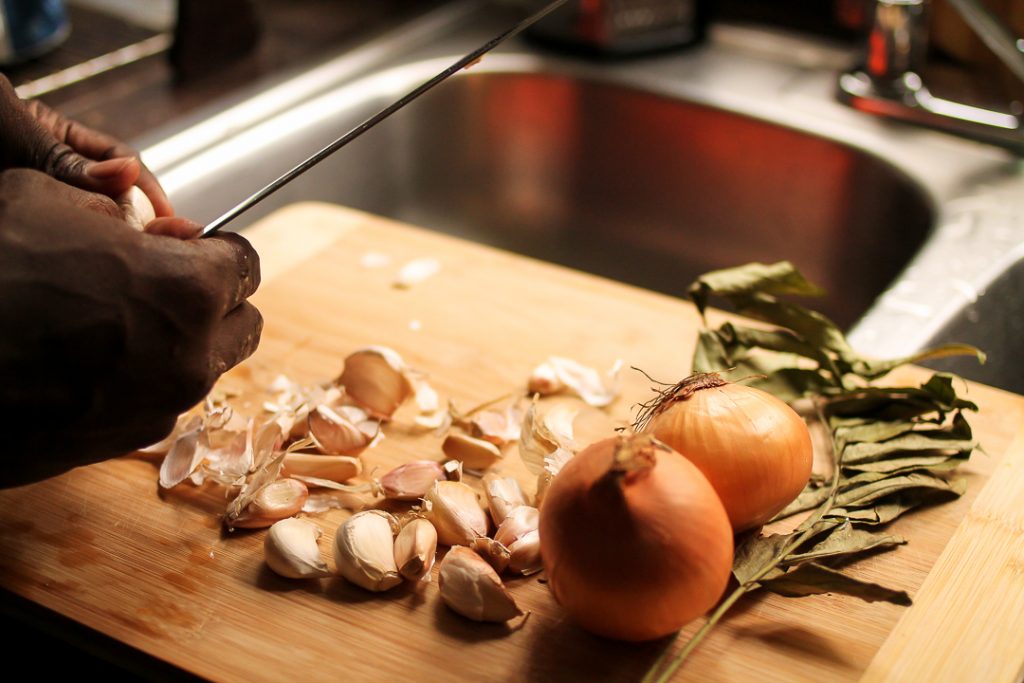 Cooking from childhood, it’s probably not surprising that his culinary influences are primarily personal ones. Both his grandmothers set the standard, as well as the father of his Eat Ah Food partner Quincy Ross. Chef-wise he name-checked Trinidad’s Khalid Mohammed, England’s Jamie Oliver and an appreciation of American Anthony Bourdain’s global exploration.

“I always liked cooking, I was cooking since I was small. The first time I made pelau it was terrible,” he remembers, chuckling. “I used to do pancakes when I was small. Tried to make breakfast an’ ting.”

Originally drawn to art and rap as a teenager – “I am actually an artist first. Art is how I started, then music” – his creative outlets gradually expanded to include music production, photography, video and of course food, “I used to run a pizza business from right here. I was hustling long time“ .

The genesis for Eat Ah Food began in the early 2000s as a thread on a local internet forum. Immensely popular, it developed a life of its own and after transitioning to various social media platforms, Assing and Ross eventually established the brand as it’s own standalone food blog. One of the first local sites to regularly integrate professional videos, Eat Ah Food enabled Assing to combine his interests and talents into one cohesive platform. “Why not use all my skills to make things better?” 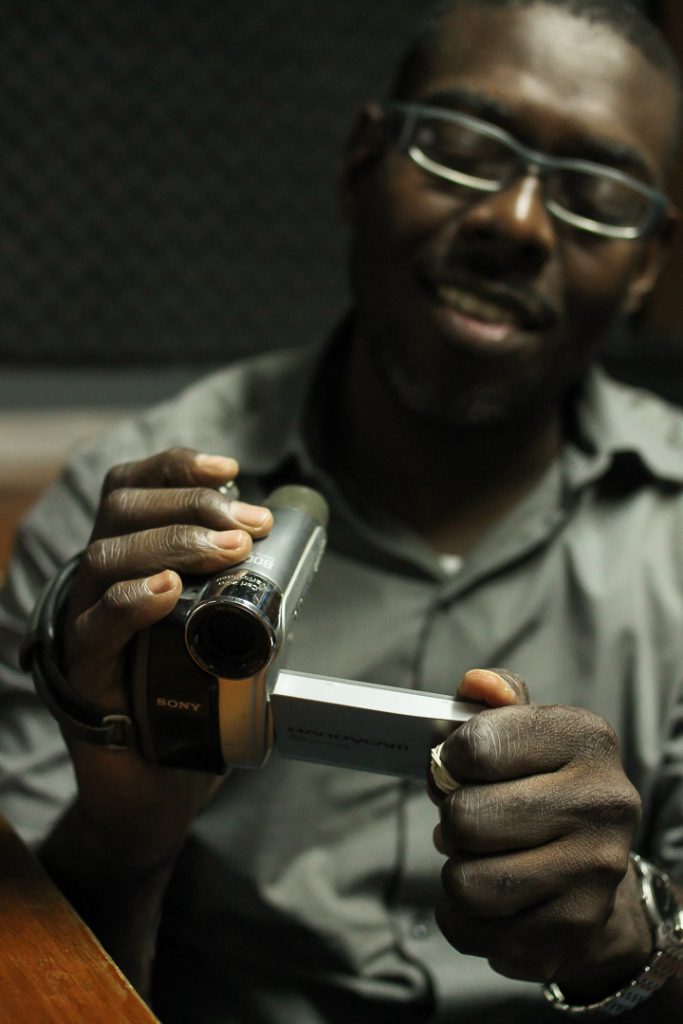 Showing me, with pride, the now obsolete Sony Camcorder he borrowed from his father to shoot those early videos, Assing reflected on how the digital landscape has changed in the past ten years. Noting that although the proliferation of free platforms and mobile video/photo uploads has enabled anyone and everyone to have a voice, the challenge for new content creators is how to differentiate themselves from the crowd and develop a distinctive visual style and writing tone. Something that was much easier for those sites that comprised the ‘first wave’. Motivation is also extremely important as the majority underestimate the commitment and cost that long-term blogging can entail.

When asked if he saw any overlap between his approach to his musical endeavours and those of Eat Ah Food, he immediately jumped on the importance of representing and highlighting local homegrown gems, whether those be artists, artisans or ingredients.

“Musically, Future Rapso is my focus. I really think that we have something unique to offer the rest of the world and we should really pay attention to what we have here. It’s who we are. From that perspective with music and food I like to focus on local ingredients, farmers and what food producers are doing. It’s about who we are and people are doing good things down here so why not support it? So from that perspective I definitely see similarities between my food and my music.” 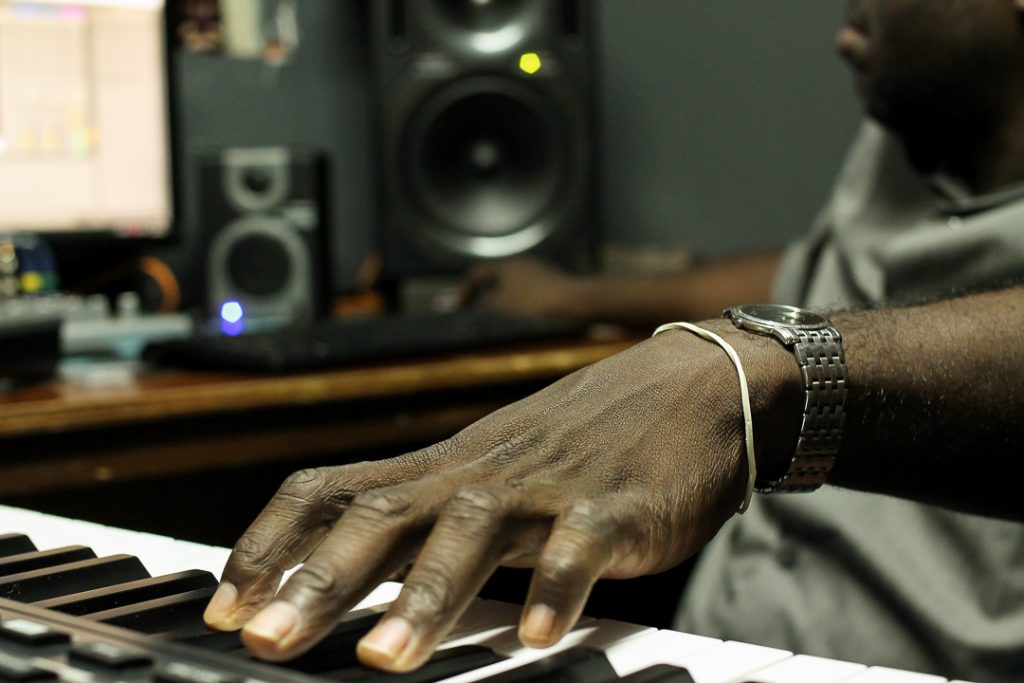 In terms of the final creations, however, his approaches surprisingly couldn’t be more different.

“In doing a dish I like to know what I am going to do before I start doing it. When I’m doing a production most of the time I have no idea what I’m doing until about halfway through. I don’t ever set out thinking I’m going to do ‘this’ in particular. It will start with a ‘vibe’ and I see where the ‘vibe’ takes me. There’s no jam session [when it’s] food.”

Similarly, he doesn’t even listen to music while he cooks. “The only time I really listen to music is when I’m in the car. Most times I’m actually either doing music or editing video.”

Like many of Trinidad’s early bloggers, Eat Ah Food, is now in the process of re-positioning itself for effective monetization. With strategic alliances in place with forward-thinking peers such as D Market Movers – an online provider of fresh produce and meats (a delivery of salmon, chicken, and fresh vegetables arrived towards the end of our time together) – Assing’s philosophy is that collaboration, rather than competition, is the model that best supports the success of small-scale producers and providers in regions such as ours. 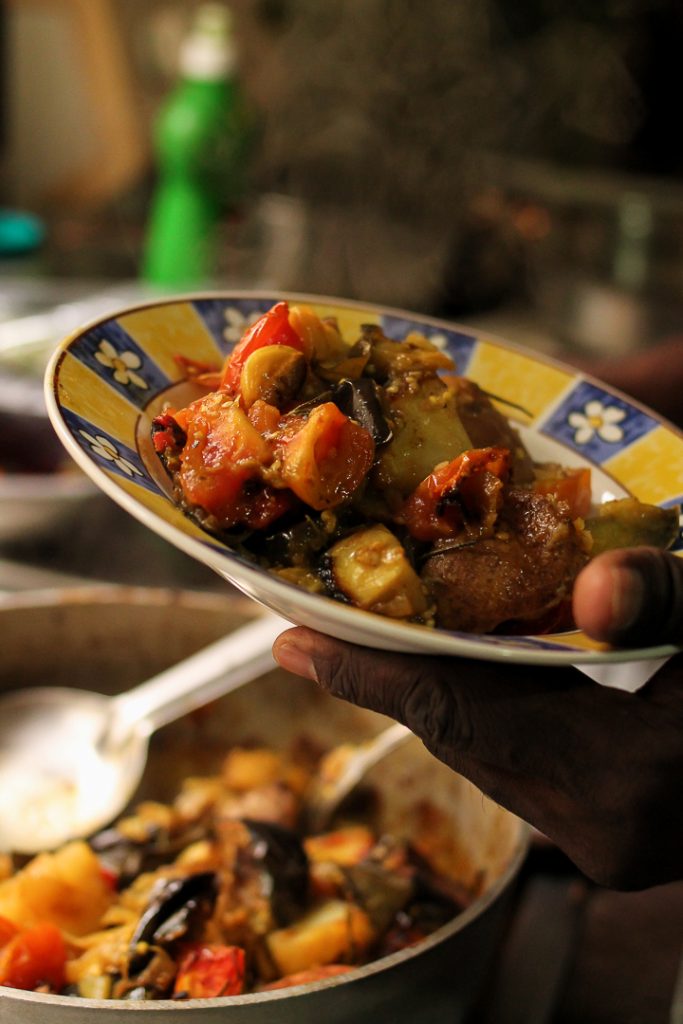 As our time together drew to a close, Assing finally pulled his creation out of the oven (get the recipe here). The final result was a mouthwatering mélange with flavours similar to a tagine. The garlic cloves, which he had left whole, devastatingly tender and sweet.

“This needs to go on a pizza!”, I exclaimed.

I could see the wheels turning….

Baidawi’s dish was inspired by this Jamie Oliver Tray-Baked Chicken with Spiced Indian Potatoes. Watch it below.

He may not listen to music while he cooks but for those of us who do, Assing whipped up some classic tunes to accompany us in the kitchen! Click to listen.

To hear Detnator’s own productions visit his soundcloud HERE. 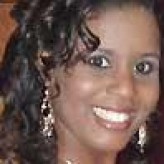 Author of the award-winning blog TriniGourmet, Sarina helps food lovers around the world add a dash of Caribbean Glam to their tables.

Life after Cutthroat Kitchen - Forging My Own Path

Trini Coconut Drops Get a Facelift!

Trini Coconut Drops Get a Facelift!

Dinner and a Movie at Trinidad’s ZaZou Bistro Moderne